Ancient Epic in Film and Television

Chapter 7. Revival of mythic epics or epic failure? – On gods and heroes in the television shows Olympus (2015) and Troy: Fall of a City (2018) – Sylvie Magerstädt 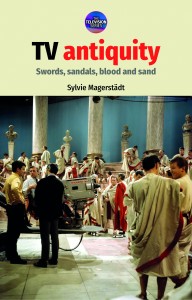 TV antiquity explores representations of ancient Greece and Rome throughout television history. The first comprehensive overview of the ‘swords and sandals’ genre on the small screen, it argues that these shows offer a distinct perspective on the ancient world. The book traces the historic development of fictional representations of antiquity from the staged black-and-white shows of the 1950s and 1960s to the most recent digital spectacles. One of its key insights is that the structure of serial television is at times better suited to exploring the complex mythic and historic plots of antiquity. Featuring a range of case studies, from popular serials like I, Claudius (1976) and Rome (2005-8) to lesser known works like The Caesars (1968) and The Eagle of the Ninth (1976), the book illustrates how broader cultural, political and economic issues have over time influenced the representation of antiquity on television.

This book links the works of Nietzsche, Kracauer and Deleuze to a reflection on epic digital cinema, exploring the redemptive power of art and the connection between cinema and society in order to understand the role and importance of myth in the contemporary creation of ideas and beliefs. 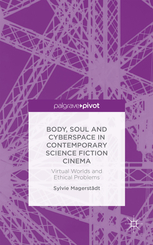 Body, Soul and Cyberspace explores how recent science-fiction cinema answers questions about body and soul, virtuality and spirituality in the digital age by linking cinematic themes with religious, philosophical and ethical concepts.

“The main concern of the book is how human interactions with cyberspace are represented in SF film. … Body, Soul and Cyberspace in Contemporary Science Fiction Cinema is well-written and insightful. There is a bibliography and filmography as well as an index, and each chapter is preceded by an abstract. Anyone working on philosophical issues in the films Magerstädt discusses would do well to read this book, particularly Avatar scholars.” (Emily Hegarty, SFRA Review, Issue 315, 2015)

This small monograph explores the philosophical and aesthetic aspects of an apocalyptic and post-apocalyptic scenario exemplified in the Mad Max trilogy.

An exploration of the notion of Dionysius throughout Nietzsche’s work, but in particular in The Birth of Tragedy